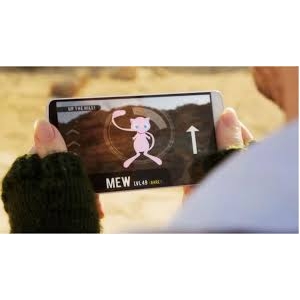 Makes no sense but it seems we have something that is going to change our lives in ways we never envisioned.  Pokemon Go is a spin of the card game name Pokemon where kids collect cards and play with them.  The premise is that you collect these fictional characters and train them to fight.

In the Pokemon Go version some of these basics remain true to the card game with a new twist.  First, the game is free and may be downloaded in a cell phone.  Second, the phone uses the GPS to let you know the location of resources, Pokemons, and gyms. Third, you need to capture them using your phone and train them to become good fighters.

The things I kike is that in under to incubate eggs so they can hatch the game tracks your movement.  This means that you have to walk and after so many miles you Pokemon will hatch. There are no shortcuts as speed is track and if you go too fast, for example in a car, the system will not count that as valid. 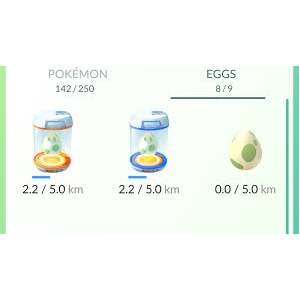 Another thing I like is that the system makes you go off your couch and get out as this is the primary method to capture Pokemons and get resources.  The programmers have been quite clever and have located some of these resources, gyms and Pokemons in areas where the public may get some benefit out of it.  For example, parks, museums and actual gyms.

There is a lot more to it and so far it has been but a week and the system popularity is beyond anything I have ever seen.  So the game makes you exercise, get out of your home and enjoy the outdoors and potentially will allow you to learn about places around your community.  If this wasn’t enough they got me once they made our school a Pokemon Gym.

The school’s gym has already changed a couple of time in less than 24 hours so I encourage our students to claim ownership of our school.  We have selected red as the color so if you are going to play pick red as your allegiance and come to the school to train or reclaim the school.

At the end of the day remember that this is but a game and have fun!