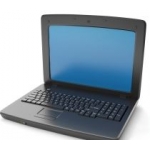 Oh, technology. One of mankind’s greatest advancements. A great tool if used with caution and the right motive. But put into the hands of a careless or malicious individual, can be used for harm.

Take a look at social networking sites, for instance: Facebook, Myspace, Twitter, all meant to connect friends and share information. But who are you really sharing all your personal photos, blogs, and witty statuses with? How many people on your friends list do you really know? How do you know those people aren’t sharing your information with others? I’ve looked on with chagrin as my friends accept friend requests saying “I don’t know them, but I’m going to accept them anyway.”

Too much of a good thing is a bad thing, as the saying goes. And too much information, too many friends, or too much time spent online can also be a bad thing. You have to know how to protect yourself from the bad things that you can encounter on social networking sites. Here’s a few tips to remember:

Make sure you only accept people you know. Who knows what kind of internet predators request you just cause they think you look like an easy target?

Adjust your privacy settings so that you know exactly how much information you’re sharing with people. And be careful how much you put on there in the first place.

Never post anything (especially pictures) that can incriminate you. The government has and will use your online information to prosecute you in a court of law. So however funny that picture is of you downing a bottle of vodka in your car, don’t post it!! (as a general rule, think of this: if you wouldn’t want your grandma or your boss to see it, don’t post it.)

Change your password often, and make sure it’s strong. People are constantly getting hacked because their angry ex knew their password, or they set it as something like 123abc cause they didn’t want something hard to remember. If its hard to remember, write it down and tape it to the back of your computer screen or something. But don’t compromise your profile for the sake of convenience.

Remember that everyone sees what you post. Think twice about saying something mean about your boss, even if you aren’t friends with them. If you’re friends with a gossipy co-worker, it’ll get to your boss.

And finally, what you post, stays there FOREVER. You can delete it, but that doesn’t mean someone else didn’t copy and paste it. Think twice about what you post.

Another danger to look at is cyber-bullying. The National Crime Prevention Council’s definition of cyber-bullying is “when the internet, cell phones or other devices, are used to send or post text or images intended to hurt or embarrass another person.” Over 43% of U.S. teens have experienced some form of cyber-bullying according to a 2006 Harris Interactive study.

Cyber-bullying by proxy is most typically done when someone wants to get someone else to do their dirty work. They either pose as the victim by stealing their password or creating a new account under the victim’s name and say hateful or rude things to the victims friends and the victim is then harassed for what the bully said.

It’s a scary to think that this is happening in alarming percentages all across the country.

Cyber-bullying is a nasty cycle, as studies show that children who are bullied are more likely to bully others. When in its most extreme form, cyber-bullying can cause depression and even suicide.

Cyber-bullying is hard to prevent, but the important thing to remember is, you can do something about it. If you’re being harassed, tell somebody. Don’t retaliate, because then you can become part of the problem. Report, block, or delete the bully. Tell someone you trust, don’t let yourself be bullied any longer. The saying “sticks and stones may break my bones, but words will never hurt me” is no longer applicable in today’s technological culture. Sticks and stones may leave cuts, but hurtful words can take a lifetime to heal.

Lets talk about cell phones. Chances are you have one, and chances are you can’t live a week without it. With the new smart phones, there’s almost no limit to what you can do. But that doesn’t mean you shouldn’t limit yourself.

Camera phones are great. They can be used to take pictures of fun memories on the go when a regular camera isn’t convenient, they can upload those pictures onto the internet quickly for many to see. But like yin and yang, they also have a dark side. Those same pictures can be harmful to yourself or others. Sexting, for instance, is the act of sending sexually explicit pictures or texts primarily between mobile phones. Not only does sexting have the capability for profound social and emotional problems for teens, (such as the photos getting into the wrong hands and being posted in places that the sender never intended them to be), but it also carries legal implications that are often unconsidered by the sender or the receiver. Teenagers who have sent pictures of themselves or others have been charged with distribution of child pornography, and in some cases the possession charge has been applied to school administrators who were investigating students sexting as well. Sexting is dangerous, the best way to protect yourself from it: don’t do it.

Another danger with cell phones is texting while driving. We’ve all seen people doing it and we wonder “what could they be saying that is more important than keeping their eyes on the road?” The answer is, “nothing!”

People who text while driving are 23 times more likely to get into an accident. Combine that with the fact that teenagers are 4 times more at risk while driving than people 20 or older, and you have a recipe for disaster.

But you can be above the influence. If you have to send a message while driving, pull over. Your friends can wait. Your life is much more valuable than a text message.

Technology is a great tool, it is up to us to use it safely.