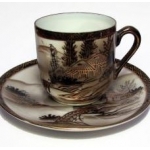 Martial arts has been a defining influence in all aspects of my life. From the time before I was able to walk and talk, martial arts has been a big part of my world. I can’t tell you that it was an easy road to follow or that I coasted swiftly to my first black belt because that is not how real martial artists work. Martial arts is not a sport or a club or a class that is finished once you have a black belt. For me, martial arts is a journey that does not end as long as you are willing/able to learn and to share what you have learned with others. It is one of the biggest influences in my life to the point where it has defined who I am to this day. In this article, I want to relay to you my story on what martial arts has done for me.

Before I could begin my journey as a Martial Artist, I had to work on my self-control. My brother, who is older than me by six years, began studying Karate when I was still a baby. That meant when he was practicing, I was watching and absorbing a lot of information before I ever had an official lesson of my own. When I was five his instructor wanted me to join his karate dojo. Sadly, my mom denied his offer, saying she’d rather I learn to control my temper before I was to be given the lethal skills to back it up. Mainly my tornado of destruction was focused on a few mean kids who thought they could pick-on a little girl so it’s not like they didn’t have it coming. You could say I’m not much for bullies and this “little girl” ended the career of more than one budding bully. That’s exactly what my mother was talking about though. My attitude and temper tended to always get the best of me. When I look back on my mother’s words, I was happy they both agreed to wait a while longer before enrolling me. Once I was mature enough to begin studying, there was a lot of focus on self-control: Physical, emotional, and mental. Now, not only can I stop a full-force kick to an opponent’s head less than an inch away, I also have the ability to control my words and actions in and out of the dojo. I have grown to think before I act when in heated situations. Whether it’s at school, at home, or in public, I’ve learned how to stay out of trouble by just taking that one breath that saves me from opening my big mouth.

I followed my brother’s footsteps for awhile at that karate studio, though eventually I began leaving my own distinct mark on the people that I met. In that school you were a teacher not only to those below you in rank, but also to those ranked above you. In fact, earning your black belt is not the end but just another beginning, a point where you have the technical skills and can begin a more in-depth exploration of your art. I was taught that your “cup” is considered empty when you first come into this world and as you progress, it fills. My instructors, who learned from their masters, passed on knowledge and skills that I will in turn pass on to future students. They also showed by example how to teach others without screaming or getting angry. As long as the main technique was being shown, it didn’t matter if it was exactly the same as my own, because we each bring something of ourselves into what we learn from others. This is why students are able to show instructors something that they may not have known or thought about. I’ve come to realize that it doesn’t matter who’s at the table with their cup or how filled that cup is. This being my first step: Learning to accept the knowledge being given and respect it, despite where it might come from, and then passing it down to the next person willing to learn.

All of my teaching skills wouldn’t have happened however if I didn’t also learn self confidence, too. As a Martial Artist I have to be able to show what I’ve learned in front of others. This demonstrates your skill sets and also your ability to perform under pressure. Usually, tests are given for each promotion to the next ranking (belt). I had to learn to get over my nervousness in order to survive getting through my tests. When I finally conquered my fears, I was able to apply this new found confidence into my school work. Any time I had to present a project or read out loud in front of a crowd, I was able to do it with flying colors. It didn’t just transfer over in my school work, but also my relationships with people. Even though I come off shy at first, soon my confidence begins to bloom and I become comfortable in my own skin again. Having confidence (along with courage) has helped me gain some of my dearest friends that still remain in my life as I prepare to enter college. So I have finally reached my second step: Finding my self-confidence.

Keep in mind that even though martial arts helps mentally, there is still a physical requirement. I have managed to stay active and physically fit, keeping my health up in what I think to be one of the coolest ways possible. My body tells me to eat right and stay hydrated in order to keep up with the hard workouts that I must do for my classes, not just in Karate, but Taekwondo as well. My friend’s always wonder why I stay so skinny because I usually eat like a horse. I just tell them it’s because I’m staying fit. Despite the fact that I eat a lot, it’s also healthy foods that I inhale. Sure a donut is nice every now and then, but fruits are also delicious and better for me. Knowing how to balance junk foods and healthy foods is important if you want to be able to keep up with all of the crunches and pushups that I have to deal with. That then leads to my third step: Staying Healthy!

Like I said at the beginning, martial arts is molding me into the person that I want to become. I’m still growing and learning as a person and as a Martial Artist and I still have many years ahead of me to continue on this journey. The lessons and skills I’ve learned through martial arts have helped me accomplish many things in all parts of my life. I’ve gained self-control, an appreciation for knowledge and learning, self-confidence, and a healthy lifestyle. I have a respect towards others and the importance that they all hold in my life, whether good or bad. I believe that what I’ve learned will stay with me and come out when I need it the most, no matter what age, because the skills I’ve developed are not just physical and they are mine to keep forever. No, Martial arts is not just a sport or a club or a class, it’s a journey, cup in hand, and it’s an important part of my life and these are the things that it has done for me.